Vegetarian author Anna Thomas’ newest cookbook, Love Soup (W. W. Norton, 2009), could arguably end the obesity crisis. Maybe even chunk away at the oil crisis. Definitely fix the boring dinner crisis.
How can a book of vegetarian soup recipes perform such comprehensive magic? Consider the author’s words from the Introduction:
“So many people think they can’t cook. They don’t have the time, don’t have the space or the right equipment, never learned how, fear they’ll get it wrong. They watch someone else cook on TV, then order takeout. And so, little by little, comforting ritual and real bodily nourishment of home cooking slips out of our lives.”
“Yet we long for it. We want to eat homemade food with our families. And wouldn’t it be nice to invite some friends over for a casual meal?”
“Soup is the way in.”

Vegetarian Soup is “a gateway” to better health

It’s kind of the gateway drug of domesticity, soup. It is easy to try, is hard to screw up and can be astonishingly healthy. This is because when you mix water with vegetables and spices, soup is what you get. Some varieties require hours of work, but many of the most delicious recipes can be made from scratch in about 15 minutes. The author has been famous since her 1972 debut, The Vegetarian Epicure (Vintage Books), and in this book she makes it easy to understand the absolute power of vegetables in soup form.
Soup enjoys a healthy image, and for good reason, according to Barbara Rolls, Ph.D., a professor of nutrition at Pennsylvania State University. Rolls studies and writes about energy density in food. An energy-dense meal is less desirable if you are trying to lose weight, while the least dense foods tend to have more water and fiber, which fill the stomach without adding a lot of calories. Soup is clearly the low calorie option (when it is broth based; cream-based soups would be more energy dense because of the use of butterfat).
But soup is nutritious simply because it can be made at home. You almost always will come out ahead when you prepare your own meals, since restaurants of all kinds — fast food, family fare as much as fine dining — tend to use much more fat, salt and sugar. At home you will be more aware of what you’re putting into a meal.
Here are characteristics I find in homemade soups in general, as well as what I see in Love Soup:
• So easy a 6th grader can make them: While there may be some slicing and dicing required, and an occasional prep of an ingredient or two in a shallow skillet, the most complicated part of making soup is how you time the adding of ingredients to the soup pot. Then you stir. That’s pretty much it.
• Minimal utensils: Thomas recommends a 6-quart soup pot, a sharp knife, a good cutting board and perhaps a skillet on the side. She even talks about a few years at midlife when she had to make do with an 81-inch kitchen while in housing transition. Soup preparation was simple enough in that confined space that it inspired the book.
• Soups are convenient: Speaking for myself, an awful lot of soup preparation involves hunting through my pantry for cans of things. Chicken stock, beans, bay leaves and then perhaps some frozen vegetables and dried chilies can make a hot, comforting soup on the coldest winter night. And it can all come together in about 20 minutes.
• Super healthy: All those vegetables, all that fiber, at most a modicum of fat and, if you’re creative with spices and herbs, not a lot of salt. There are nutrients with antioxidant properties in almost everything, as well as essential minerals and other health benefits from many of the spices. You fill up without a lot of calories, usually.
• All the protein you need: The inclusion of legumes (beans) raises the protein content of soups, as well as the taste, texture and fiber.
• Forgiving: If you are out of an ingredient, you probably can improvise. For example, the book’s Corn and Cheese Chowder recipe calls for 4 cups of corn scraped from six to seven ears of corn and two to three green onions. It’s a small compromise to use frozen or canned corn, and in a pinch almost any type of onion will do.
• Crowd pleasing: Just about everyone loves soups. Soups are tasty and easy to eat, even at parties — with one spoon and one bowl being all that’s required. In colder months they warm, but a section on cold soups in this book (e.g., Gazpacho Andaluz, Cold Cucumber-Cilantro and Cold Cream of Poblano Peppers with Red Grapes) provides recipes that sound like a classy complement to a July barbecue.
• Filling: Eat soup before the main meal and you’ll eat less. It’s a dieting trick from the middle of the 20th century, and it still works.
• Easy to serve, easy to eat: We’re not advocating this, but you can watch TV while eating a bowl of soup. If it replaces pretzels and puffy, cheesy, orangy snacks, that’s a plus. It’s also a simple item to serve at casual dinner parties; served in small bowl on saucers, along with appetizers, it can suffice as a dinner even if no one is sitting down.
• Endless variety: This book has 160 recipes. If you are creative and know how to improvise in the kitchen, you can multiply the ideas in Love Soup by a factor of ten.
• Make-ahead food: Soup stores well, in either the refrigerator or the freezer. 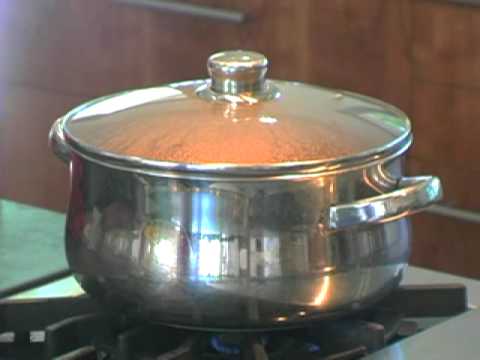 The personal health benefits of soup are pretty clear. And if you shop once or twice a month to make a soup or two per week, you just might cut down gas consumption for the pizza delivery people. Better, do it meatless and instead cook with plant proteins — as with everything in Love Soup — because nonanimal protein reduces agricultural resource use by more than 80 percent.
But put a steaming bowl of soup in front of friends and family and those issues matter only a bit. Instead, the warmth of sustenance and the care that went into its preparation translate into something less tangible and more meaningful. The cook put love into its preparation. Diners are lovingly grateful. The sum of soup is much more than adding together its individual ingredients.

Book Review: The End of Food

Book Review: The End of Overeating

Menopause Can Be a Factor Causing Hair Loss in Women

Stay Cool and Still Look Fabulous, Even with Thinning Hair

Learn To Minimize Your Flaws and Accentuate Your Assets

Get accurate and unbiased information about hair loss conditions and solutions. All content is strictly the opinion of the HairLoss.com writers and is for informational purposes only. It is not intended to provide medical advice or to treat, cure or diagnose any disease. Readers are advised to consult a certified medical professional.
Contact us: info@hairloss.com

A Powerful Exposé On the True Costs of Eating Fast Food FAST-FOOD NATION EXPOSES A SLOW, PAINFUL DEATH FOR DINERS, FARMERS AND THE EARTH. In the...

Book Review: The End of Food

A Call For the Rethinking Global Food Systems PAUL ROBERTS PROVIDES AN OVERVIEW ON HOW AGRIBUSINESS FEEDS THE WORLD AND THE TERRIBLE PRICE WE PAY...

MOVIES, TELEVISION AND BOOKS HAVE MADE IT SIMPLER TO LEARN ABOUT GOOD HEALTH. Modern civilization does not make fitness, nutrition or wellbeing easy. There are...

An Investigation Into Treatment, Prevention and Health DAVID AGUS, M.D., ZEROES IN ON INFLAMMATION, MEDICATION AND VITAMINS. In Western culture, particularly the United States, different people...

Book Review: The End of Overeating

A New Book on Overeating Suggests It’s Not Our Fault KESSLER WARNS THAT OUR CRAVING FOR FAT, SUGAR AND SALT WILL BE OUR UNDOING. Perhaps the...